Kaicho Hoosain Narker  Cape Town, a Metropolis situated at the base of the majestic Table Mountain, many people have been here or even visited Cape Town. No matter if you have visited the City or not, or know Cape Town only from seeing it on a map, the fact remains that many of the potent Martial Artists originated or came to settle in the City of Cape Town and its suburbs, unknown to a lot of people in the Martial Arts community. And that is unfortunate until now. One of these Martial Artists is the Shihan and Director of Ashihara Karate, Kaicho Hoosain Narker. Kaicho leaves an impressive account behind him. 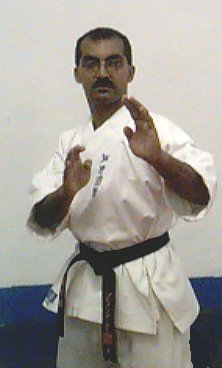 The birthplace of Kaicho Narker was in Cape Town in 1963. His love for the Martial Arts is very evident for in 1974, at the age of 10, he joined the Shotokan Karate dojo (instructor - Ismail Behardien) in Retreat. After three or four months the club relocated to Grassy Park and he ran 4km there and back to train. When that club eventually closed down he "hijacked" a friends karate book (Karate by Bruce Tegner - now a prized part of his book collection) and learnt all that he could out of it. (He laughs now when he recollects how he interpreted Heian Nidan from the book due to inexperience).

In 1976, he joined Shukokai Karate (Eric Smith & Jonathan Tommy) and when that club closed, he continued at another branch (Neville Williams). When that club closed down too, he moved to a Kyokushin dojo (Shihan Neville Paulsen) in Retreat. In 1978, at a national tournament, he met and befriended a person who played a very important role in his future karate career, nl. William Quantoi. Early in 1980 he started training in Sea Point at the Headquarters of Kyokushin Karate, training under Hanshi Len Barnes (now 8th Dan), Shihan Trevor Tockar (now 6th Dan) and others.

In September of 1980 he opened his own dojo in Retreat (today the Ashihara Honbu), and three months thereafter he was joined by William Quantoi. An association, lasting for many years, was formed between the two and this association played a major role to what is in existence today. In 1981, he had the honour of training with the late legend of karate, the great master, Sosai Masutatsu Oyama as well as with two leading Japanese Sensei. He was also fortunate to perform the kata - Tensho, and to receive critique from Sosai Oyama. In that same year he stunned thousands of spectators at an open-air demonstration, when he allowed a motor vehicle to drive over his stomach. He was 17 years old at the time. 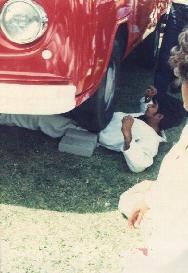 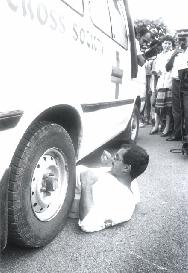 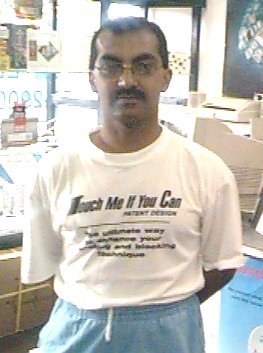 Whilst attending University in 1982, he trained with the Karate-Do dojo (Gert Husselman) on Campus as well as training with Shihan Kenny Uytenbogaardt (now 6th Dan) at his Bellville dojo. During this time he still managed to train and teach at his own dojo in Retreat. Due to the adherence of the S. A. Kyokushinkai to the political system imposed by the then government, Hoosain Narker and William Quantoi divorced themselves from Kyokushin and went their own way, calling their organisation (then two dojo) Shin Kakuto Jutsu. Even though this move meant a lot of hardship, they continued to develop due to their challenging spirit. Towards the end of that year, he trained with Shotokan Masters Hirokazu Kanazawa and Hitoshi Kasuya.

In 1984, he moved to the Strand and started training at the local branch of Okinawan Goju Ryu (Vincent February & Bakkies Laubscher). In that same year, they (W.Q. and H.N.) joined the Ashihara Karate Organisation.

In March of 1985, he was appointed the Country Representative for the New International Karate Organisation by Kancho Hideyuki Ashihara. Soon thereafter, he attended a two week Okinawan Goju Ryu International Gasshuku, training with such esteemed instructors like Sensei Morio Higaonna, Teruo Chinen, etc. This was followed up by training with Kancho Mamoru Miwa, the 10th Dan founder of TenshinKan Karate based in Saitama-Ken, Japan. 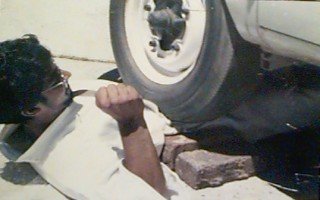 Since 1980, he has attended several seminars and courses with South African instructors like Bakkies Laubscher (7th Dan Goju Ryu), A.K. Ismail (7th Dan Kyokushin), Sonny Pillay (6th Dan Shotokan), Max Grunau (6th Dan Ishin Ryu), Nigel Jackson ( 7th Dan Shotokan), etc. In fact, he has attended more than 100 such courses both locally and abroad. Between 1986-87, the commitment to Ashihara Karate became too great and he had to apply himself solely to his organisation which at that time has spread to Transvaal and Natal.

In 1988, he spent a few months as an "uchi-deshi" - (a live-in full time student) at the U. S. Headquarters for Ashihara Karate, training with Shihan Joko Ninomiya (now the Kancho of Enshin Karate).

During this time he took part in the U. S. Open Championships - the Sabaki Challenge, considered one of the toughest tournaments for Full Contact Karate. Although he also gave classes whilst in America, he spent most of his time in trying to improve his knowledge and understanding of Karate. He also met and trained with noted teachers such as Dan Inosanto (Filipino Kali /Jeet Kune Do), Dennis Palumbo (Hakko Ryu Jujutsu), Paul de Thouars (Silat), Dan Hirsch (Okinawan Goju Ryu), etc. In Nebraska he trained daily for several hours per day doing Tai-Chi. He was also fortunate to conduct some seminars on his method of Karate as well as doing Combat Shooting with members of the U. S. Army Home Guard. 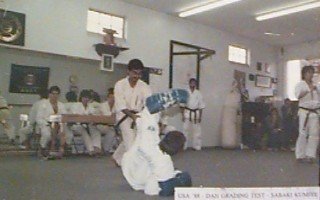 Before leaving for home, he also had the opportunity to test for Shodan in Okinawan Goju Ryu.

Whilst in America he was further exposed to various Weapons Arts and he has continued this interest by training with other experts both locally and abroad.

In 1989, he moved his main dojo into new premises and this now serves as the Headquarters for Ashihara Karate as well as serving as a Gym and Fitness Centre.

In June of 1990, he promoted his 1st Invitational Karate Championships (others of a different nature has been held prior to this event). Soon thereafter he went backpacking through Europe with the main intention of further expanding his martial arts skills and knowledge. Due to a family bereavement he returned after three months. During that time he visited and trained in a number of European Cities. He has since then ventured abroad on many other occasions - each time with his dogi as the most important part of his luggage.

Since 1990, he has served as an Executive Member on the Provincial and National Karate Structures, being a founder member of the governing body for Karate in South Africa. Besides his karate training, he has also found the time to train in the Korean art of TaeKwonDo, eventually obtaining a ranking Dan, that in itself an accomplishment. Other than that, Kaicho has been training continuously since 1974 and has been teaching professionally since 1985. He is a certified Exercise Teacher as well as an University accredited Sports Coach.

Under his capable direction, Ashihara Karate has spread across the country with branches in most of the provinces. With the formation of a separate International Organisation, branch dojo's are now established in a number of countries. 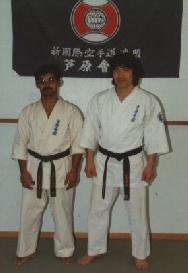 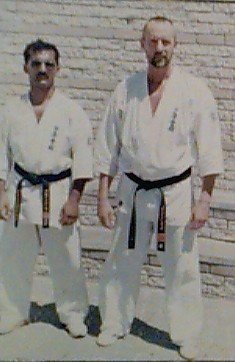