Empty hand fighting is as old as man itself. Innumerable systemised forms of empty hand fighting have been developed all over the world, each reflecting a little of the national culture. That which we call karate is just one of them.

Depending on which source you refer to for a background on the Martial Arts, you may find many different versions. It is generally accepted that the forerunner of karate originated in India and went to China through the teachings of the Buddhist monk Bhoddidharma (Daruma Taishi). From there it spread to Okinawa, where it was developed and systemised, finally moving to Japan, where it formally introduced in 1922 by the Okinawan master Gichin Funakoshi. It was here in Japan that it was popularised. From Japan, karate now has spread across the world. Someone that also had a profound effect on the spread of karate world-wide is the late Mas Oyama, the founder of Kyokushin Karate. 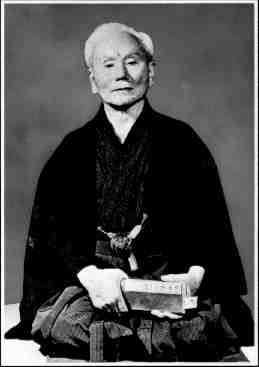 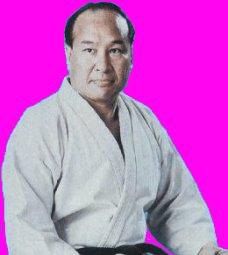 Karate is also a way of life, a way of being. A karate-ka deals fully with the present moment, being totally absorbed in one action only. A true Karate-ka seeks balance and harmony in his or her life; the karate-ka develops a strong body and spirit so as to better serve others.

Karate is not something with which to win a competition, nor is it something to make a strong exponent stronger still; on a much larger scale it teaches the WAY OF HUMANITY. It is something that enable people who learn karate to further develop their character; thus each person is able to make a marvellous contribution to society. Technique rather than force, spirit rather than technique. Sincerity is the way to heaven. Making this a sincere belief is the way of mankind.

Ashihara Karate, in concept and practice, is based on humanity, - Ninjo Karate. The word "Karate do" is composed of three ideograms: kara, te, do. Kara means empty, Te means hand, and Do means way. Karate-do, therefore is a way which demands of the karate-ka a dedicated and concentrated struggle with the inner self for improvement in all things and in all aspects of life in or out of the dojo. The aim is to maximize working harmony between mind and body. Etiquette plays a very important role in modern day karate training. Etiquette can be found in the giri, ninjo and bushido notions. Giri means obligation, loyalty, gratitude and moral debt. It expresses respect for the Master and tradition. It is the sense of duty or gratitude towards the person responsible for ones education. Ninjo is roughly equivalent to human feeling or emotion. It expresses compassion towards others which lessens and counterbalances the violent, rough side of budo.

*Special thanks to Nakamura, Tadashi : Karate - Technique and Spirit & Random, Michael : The Martial Arts from whose books excerpts was taken.