I was born on April, 16th 1961 in the Netherlands in a town called Deventer.

I have a 25 years background on Martial Arts and never stopped training. I am running dojos from 1983 till today.  I started 1976 with Chinese Boxing. In 1977 I changed to Kyokushin Karate. I trained Kyokushin Karate till 1991. In the years 1989-1991 I changed from Kyokushin to Ashihara Karate. I was in the first group of teachers that became certified by David Cook and who start teaching Ashihara in Netherlands.  I still train and teach Ashihara Karate today, but we left the AIKO/IBK organization for several reasons a few years ago.

In 1993 I met Hoosain Narker at a summer camp of the AIKO in Hengelo the Netherlands. Although we only had little conversations I was very impressed by him as a person an as a budoka. I think he has the right KOKORO. A year or two later I heard then that he split off the AIKO and started the AKI. I think this was a very good initiative. I heard and read a lot about the AKI and I got interested to join. Now I am very proud to be a member of the AKI and to have the opportunity to promote the AKI and Ashihara Karate to the Netherlands.

Harry with instructors of the International BudoKai 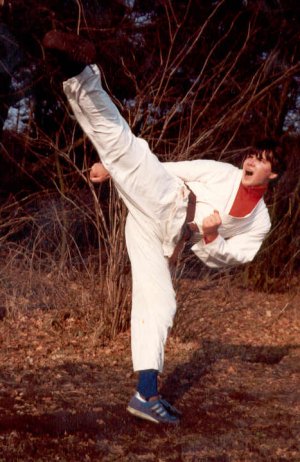 For further information please visit the Dutch Web Page at: